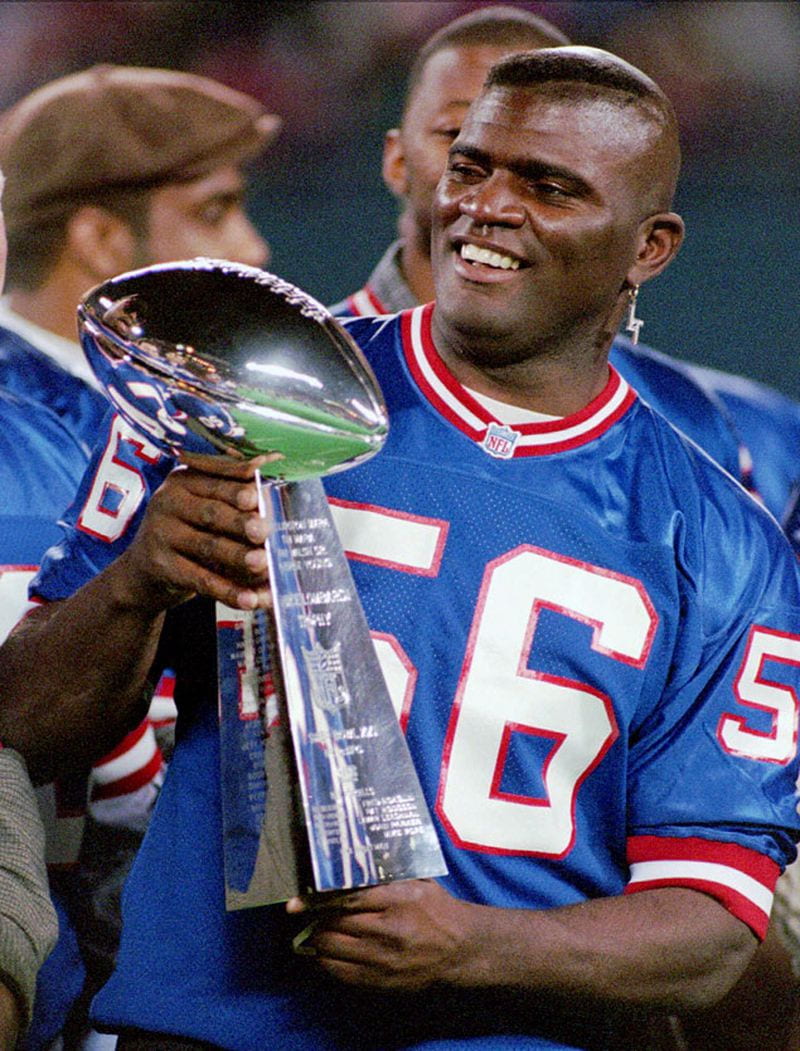 Lawrence Taylor, nicknamed L.T because of his initials, is a hall of fame linebacker and is considered one of the best of all time. Lawrence was born in Williamsburg, Virginia February 4, 1959. As a kid Taylor focused more on baseball and less on football, Taylor only started when he was 15 and only played organized football when he was in grade 11. Taylor was considered reckless on the field, playing like his life was on the line coaches would say. In 1981 Taylor was drafted 2nd overall to the New York Giants, where he would spend his entire career.
26 out of 28 NFL GM’s said that they would pick Lawrence first overall, however one of those two coaches was Bum Phillips, the coach and gm of the New Orleans Saints, who had the first overall pick. Taylor made his debut on September 6, 1981 against the Philadelphia Eagles. In the game he did not do any thing bad or anything amazing. Taylor recorded 9 and a half sacks in 1981. Taylor was awarded with defensive rookie of the year and defensive player of the year.

After his rookie year Taylor pumped out hall of fame numbers year after year. Taylor had been involved with drugs ever since his rookie season. Lawrence Taylor’s drug abuse had been escalating and his first wife Linda, had to pick to pick  Taylor up from a crack house multiple times. After Taylor got out of drugs he started to act. Taylor appeared in movies such as, The Waterboy, The Supranos and Any Given Sunday. When Taylor became eligible for the Hall Of Fame everyone knew he had the skill but were worried about his drug and party hard lifestyle. Although these things seemed scary, they turned out to not matter, he was voted in on the first ballot.